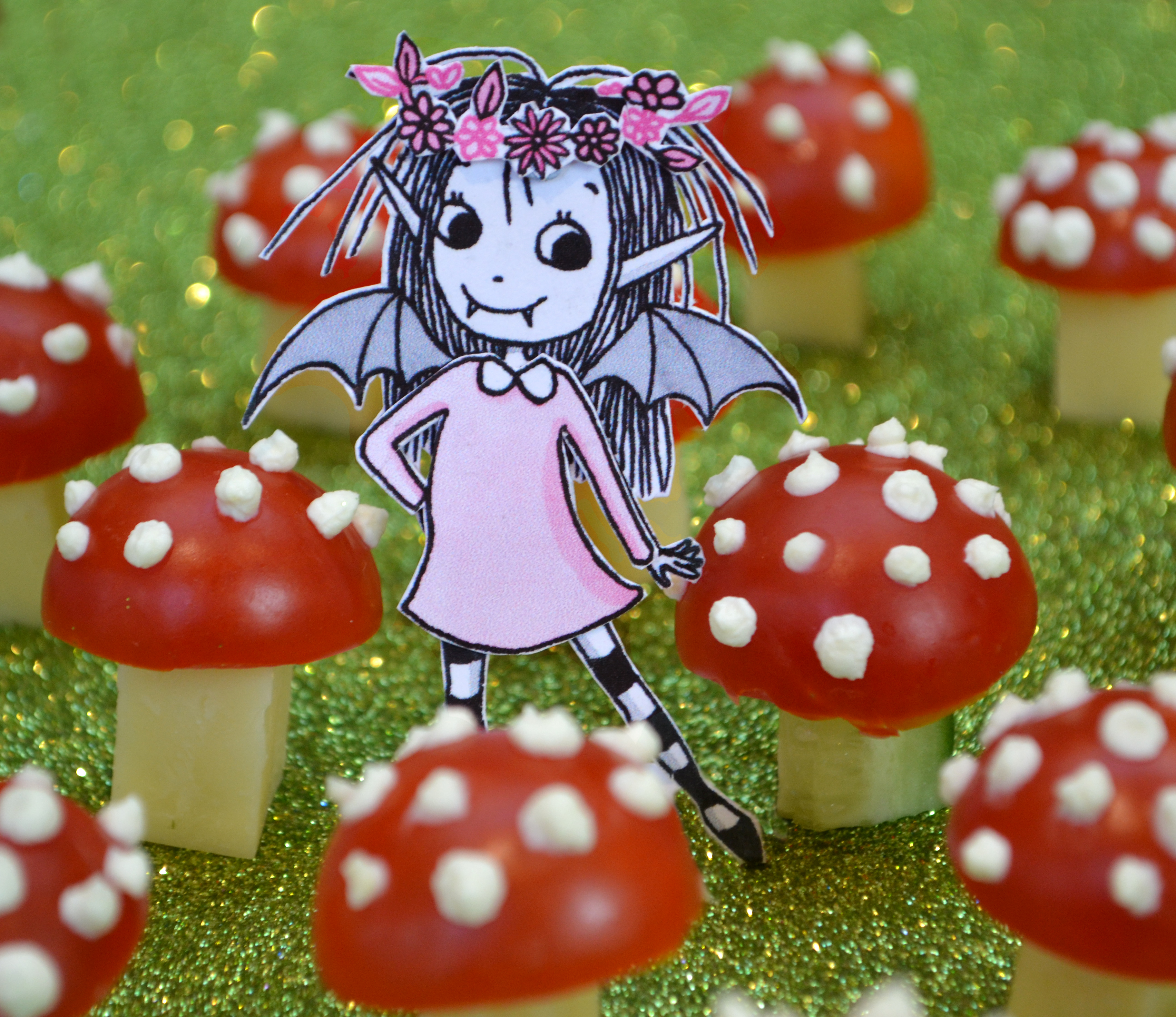 However, since starting to work with me full time, Henry has been busy creating one! It’s not quite finished yet, but it’s nearly there. It’s going to include recipes, costume ideas, tips for decorating, and different Isadora Moon party games. This week, Henry has mainly been working on testing out the recipes and doing the layout of the pack.

It took him two afternoons to do all the shopping for the recipes and then test them out, but I think the results are looking really good. He also adapted the recipes himself. What I like about them is that they’re all home-made – not just putting ready made things together. They’re also on the healthier side for party food, which is always a bonus. Even if someone hosting an Isadora Moon party doesn’t want to use all of them, they can at least get ideas and use some of the recipes.

He borrowed the use of my mum’s kitchen for most of the cooking, as it’s bigger than ours and has better lighting. Once he had finished the preparations, it was time for me to come over and photograph it all. I can really see how entire careers are built on photographing food professionally: it’s a real challenge. It was worth it though, as after I was done, we got to sit down and taste it all. The sticky sushi rice ghosts filled with tuna mayo were my favourite.

I also really liked these little tomato and cheese toadstool nibbles. They looked great when I photographed them, although a few of them fell over when I moved the tray.

So how can you get your hands on the Isadora Moon Party Pack, I hear you ask. Henry’s plan is to launch it alongside the new Isadora Moon / Harriet Muncaster newsletter, which will start going out roughly monthly from the end of August. The idea is that you can subscribe to receive Isadora Moon news, activities and resources straight to your email inbox each month. As a ‘thank you’ for subscribing, you’re then sent a link to download the party pack. Even if you don’t want to do a fully party, there are still some fun recipes to try in there, as well as ideas for games children can play with a group of friends.

Here’s a sneak preview of the most recent draft of the party pack: 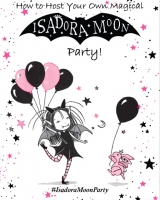 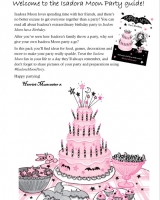 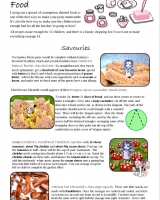 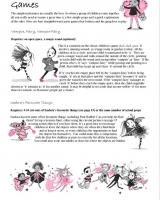 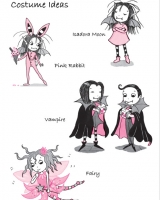 (Click each image to see a larger version, and then use arrow keys or the onscreen arrows to move between them).

The Isadora Moon party pack is going to end up around 18 pages long. Even though it isn’t quite ready yet, you can sign up to the mailing list now to be notified when it is available, as well as to make sure you don’t miss out on any other Isadora Moon news. Just enter your email address in this box and hit ‘Subscribe!’

If you are inspired to hold your own Isadora Moon party, I’d love to hear about it. You can share it on social media using the hashtag #IsadoraMoonParty.

In the meantime, here’s a picture of me enjoying the fruits (literally!) of Henry’s labours. On the right you can see Henry in his ‘official work uniform’ with some of the food he prepared.

You can read all about the party Isadora Moon hosts in Isadora Moon has a Birthday, available from Amazon and all good bookshops.