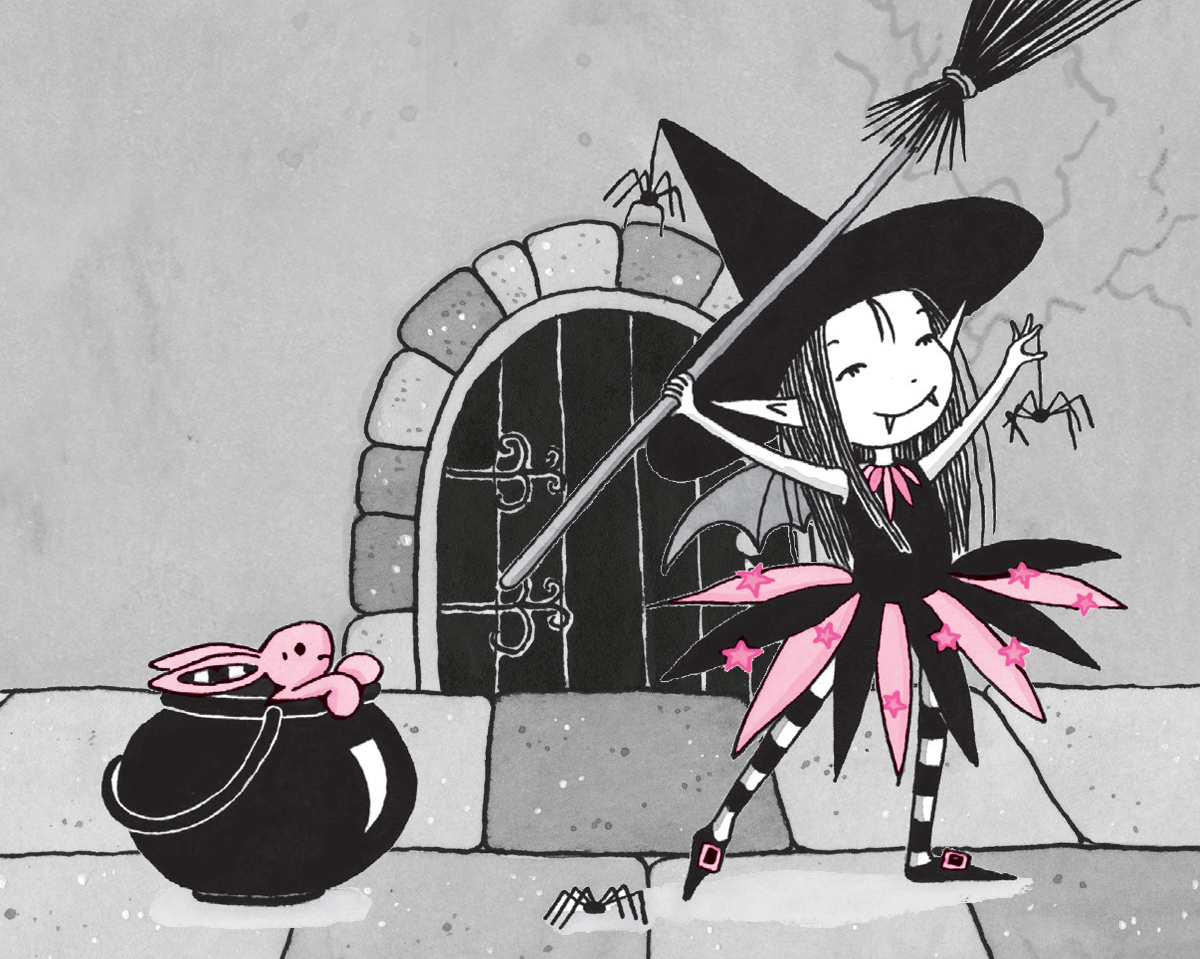 November has been speeding by in a blur of events and working on Isadora Moon Book 10. Now we’re 2/3rds through and I haven’t even announced winners for the Isadora Moon Halloween costume competition. Just like last year, I saw some wonderful costumes! Here are some of  them:

As you can see, there were at least two Isadora Moon pumpkins this year. We had our own one last year that Henry carved, but this year he did a Hello Kitty one for our daughter instead! I was also very flattered by the girl in the second column of the bottom row. She’s actually dressed up as me instead of as Isadora Moon! She’s one-upped me with the hair though, going for the full root-to-tip pink!

These two pictures by @uponourdays_photography are particularly atmospheric, and I love the detail of the flower crown and pointy fairy ears:

Unfortunately, I missed this next one when I first put together this post, so I’m adding it in now. This AMAZING Isadora and Cordelia Moon combo comes all the way from North Carolina. I especially love Isadora’s glittery sparkly pink boots and her flower crown!

I wasn’t sure what to expect after so many amazing costumes last year, so I didn’t pre-announce how many winners and prizes there would be. It’s always so difficult to choose in the end because there was such a range of creativity. There are certain things which always stand out to me though. One thing I look for is little details that stay true to the book.   My first winner is an example of this with her pink buttons and white collar. She’s nailed the look of Isadora’s dress on the ‘Goes to the Fair’ cover:

Something else that catches my eye is when some extra thought goes into posing the photograph in addition to a great costume. Here is a prima ballerina Isadora Moon:

I chose her as a winner based on this one photograph. It was only after I messsaged her mother that she then sent me this second image:

They really went all out, so I was so glad to be able to send her a few little Isadora Moon goodies in the post.

Finally, I just had to pick these two as winners. Both the attention to detail and the posing are there, but also little Mirabelle sitting in a tree is adorable!

Thank you to everyone who shared a costume!

I’m so touched every time someone takes the time to share a picture of their child (or themselves!) dressing up as Isadora Moon or just enjoying the books in some way. I do try to respond to as many as I can, and I tried to share all the 2018 Halloween costumes I saw in this post. If I missed anyone’s or didn’t correctly attribute a picture you would like me to, please let me know. You can reach me on my contact page, Facebook, Instagram or Twitter.

It’s ages ago now, but I hope you had a great Halloween whatever you did!

P.S. Looking for a great Christmas present for the Isadora Moon fan in your life? I have Pink Rabbit pins in my shop and Isadora Moon Makes Winter Magic is available now in special hardback edition from all good bookshops!